The winemaking history of Tenuta Mandoletta, in the Municipality of Casale Monferrato, dates back to the early 1800s. Back then, the vineyards constituted its most defining feature, alongside its historical park. In 1898, the new ownership radically transformed it, and the vineyards around the mansion were pulled to make room for other crops.

Upon taking over the property in the 1990s, the Bonzano family started an ambitious recovery plan to restore the historical gardens. In 2011, they replanted the vineyards. Nowadays, the Mandoletta is an estate surrounded by a single body of land, 20 hectares under vines nestled in the most typical landscape of the Monferrato Casale area.

At Tenuta della Mandoletta, the Bonzano brothers have masterminded an ambitious project in cooperation with oenologist Donato Lanati, who has directed and coordinated vineyard work since the beginning. Simonetta Ghia, the wife of Enrico Bonzano and the owner of the viticultural estate, has encouraged and promoted this new business venture out of her deep passion for the wine universe. This family history is deeply rooted in the territory of Rosignano Monferrato, and has unfolded in these hills, where the vineyards alternate with hazelnut and beech woods.

Here the soil is limey-clayey, and embeds the ancient grottos – called infernot – dug deep into the Pietra da Cantoni rock, which dates back to over 20 million years ago. This type of miocenic rock, used to build most of the houses, mansions and castles in the area surrounding Casale Monferrato, was formed when the hills and mountains of Piedmont emerged from the sea, and is a component of the local soil, along with marls, sandstones and marine sediment. The clay-rich soils are characterized by the prevalence of glauconite clay, a greenish clay that still today is formed on the sea bed at depths of 50-500 meters.

“Wine is not a formula”. Surprisingly enough, this statement was uttered by a man who has made scientific research the lodestone of his life: Donato Lanati, the deus ex machina behind this undertaking. “A great wine that can stir your emotions is the expression of a land, and, even more, of the people who inhabit it. Great terroirs are made by great personalities, people who understand their potential and work hard to bring it out.”

Our Labels and Logo

The logo is in line with this tradition: a stylized combination of the sundial on the façade of the Mandoletta and the ramifications of a family tree. The cycle of the seasons, the sunbeams that mark time, the family and its branches are all summarized in the brand graphics.

Inspired by the Pop Art of the ‘70s, Bonzano’s labels display geometrical patterns and vivid colors to underpin the personality of each wine. A modern vision that nevertheless perfectly integrates with tradition, so much so that all the wines bear names reminiscent of the local dialect or of the family’s fireside stories and most cherished places.

According to the writings of Baron Emilio Vitta, once the owner of Tenuta Mandoletta, the ghost of Madame Gavine Geneviève appears on 3 January, the day of Sainte Geneviève, on the staircase leading to the octagonal dome, sipping wine from a crystal goblet she then flings to the floor. Monferrato-born historian Idro Grignolio claimed that Geneviève was the mistress of both Emilio Vitta’s father and Cavalier Veglia, who had had a round tower built nearby as his garçonnière to serve as a love nest for himself and the captivating cabaret performer.

Geneviève disappeared under mysterious circumstances. Some said that she had been thrown down the well near the Veglia tower by one of her lovers in a fit of jealousy.

Bonzano Vini dedicated one of its labels to this alluring, mysterious woman, who loved good wine and the good things in life. 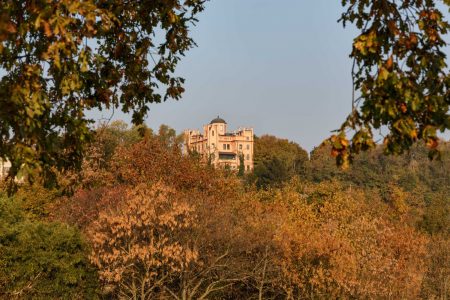 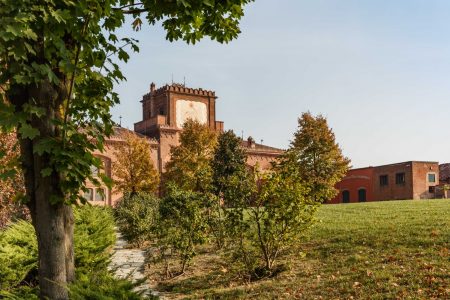 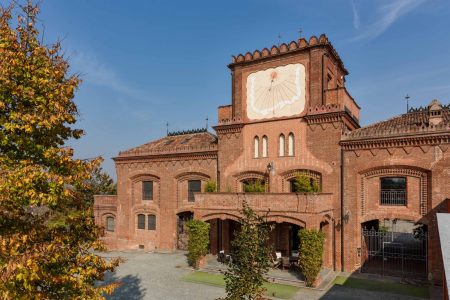 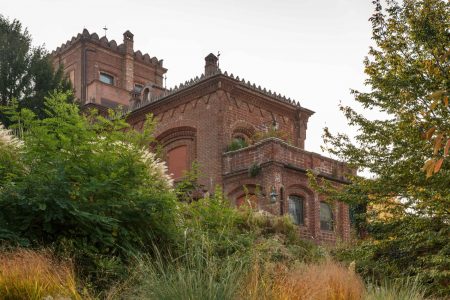 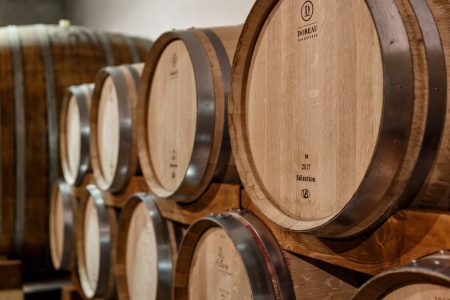 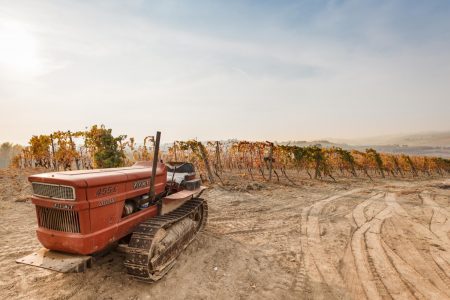 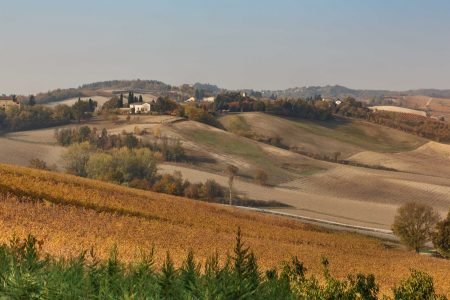 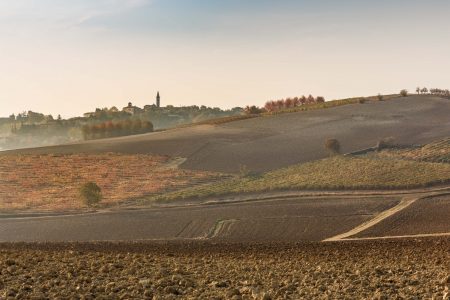